My Tribute to My Mother

As you may know, Pastor J.D.’s mother, Carol, passed away on Monday, April, 11. The following are the words he shared at her celebration of life service on Friday, April 15 at our Capital Hills campus. You can watch the full service here.

My Tribute to My Mother

First, I want to thank you all for the love and care you’ve shown for my family during this time. The outpouring of love has been … overwhelming. I think our family’s greatest privilege is to be a part of this church: the care and kindness you show is a testimony to the Holy Spirit at work in you.

It’s been a very difficult week. It’s strange to have two such strong, conflicting emotions at the same time:

My mother came to faith, or at least, found the assurance of it, shortly before I was born, and so I had the privilege of growing up at the feet of a brand new Christian for whom everything was new, who was just full of wonder and excitement about Jesus.

It is impossible to overstate the blessing that a godly mother is in your life.

And my mother lived this way, seemingly, without the slightest recognition of how specially anointed she was. I think no one saw the virtues in others more, and herself less, than she did. Not long ago I preached a message on prayer in which I referred to her as one of the greatest prayer warriors I’ve ever known—because she was—and after the message, she said to me, “Oh no, please don’t say that. I wish I were worthy of that, but I’m not.”

This week as so many of you have reached out to talk about the impact she had on you—there are a lot of people who think of her as a second mother or a mother in ministry. Her home was always open. We always had random people staying with us. Showing up at odd hours. Spending the holidays with us. All these other people called my parents “mom and dad,” and occasionally, I was like, “But for real, they are my mom and dad.” I got a note from Derrick DeLain on Monday, one of our church planters up in Nashville, Tennessee, and he said, “You know I was in your mom’s biology class at Piedmont, and she is a huge reason why I am in the ministry today.” And I can’t tell you how many people I’ve heard say things like that.

And she was mostly oblivious to all of this. I think my mother exemplified 1 Peter 3:4, “Let your adorning be the hidden person of the heart with the imperishable beauty of a gentle and quiet spirit, which in God’s sight is very precious.”

For those of you at The Summit Church, I can tell you that if you are blessed by my ministry, it’s because of a faithful mother who kept her eyes on eternity and quietly served Jesus as faithfully in the small things as much as any saint has done in the bigger ones.

I know and trust the Bible because she taught it to me. I know what faithfulness and selflessness look like in marriage because she lived it out in front of me. I love the local church because she showed me what it looked like to love it. I always say the only drug problem I ever had growing up was being drug to church—we were there five days a week it seemed. And that’s because she loved it. And she taught me to love it. I think in big part I became a preacher because everywhere we went when I was a kid, she had BBN playing in our car, so I drove around listening to preaching. As a kid, I didn’t know a lot of pop music singers, like the other kids did, but I could identify the voices of Chuck Swindoll, John MacArthur, and J. Vernon McGee in just two syllables.

I was the arrow my mother drew back on the bowstring of faith and launched out into the world. (One of the conversations with her I remember most was when I believed God was calling me into the ministry, specifically to the overseas mission field. Up until that time I was thinking of going into law, and I was scared …)

Mom’s walk with Jesus began about 49 years ago when she and my dad moved from West Virginia to Winston-Salem, and they started to casually attend a church there where they came under the preaching of a man named Dr. E.C. Sheehan. Mom had never heard the gospel presented that way. To her dying day, she could scarcely talk about Dr. Sheehan without getting teary. He was her spiritual father. Many of you don’t know this, but Chris Gaynor, our pastor of prayer, who is leading this service, is Dr. Sheehan’s grandson.

And so what I have received from her is a legacy of gospel faithfulness. Quiet faithfulness done only for Jesus, but that resonates loudly through me, and through my children, and, Lord willing, through their children, and through many of you, for all eternity. This morning, during my time with God, he gave me this verse: Isaiah 61:9, “Her descendants will be known among the nations and their offspring among the peoples. All who see them will acknowledge that they are a people the Lord has blessed.” For many of us in this room, we are spiritual descendants of my mom, and we will be known among the nations and peoples of the earth as a people who are blessed, and we will be a blessing to those people.

My mom loved 3 John 4, “I have no greater joy than that my children walk in the truth.” You are her legacy. You are her great reward and her great hope.

She leaves a void—one I can scarcely describe—and I know not just in my life but in many of yours, too.

One of the greatest privileges of my life was being with my dad in my mom’s final hours. Hearing him talk to her. Watching him grieve over her. Encouraging her that it was OK to let go and go on to be with Jesus. I knew it was a sacred moment, one that many men never get to experience, and one I will never forget.

After the doctor had told us that she just had a few hours left, my sister and I left the room so my dad could have a few minutes with her, and I’ll never forget seeing my dad on his knees in front of her, head buried in her lap, talking to her, and stroking her hand, and weeping before her; I knew I was seeing the culmination of two people devoted to each other for a lifetime, 52 years of marital faithfulness, who lived out the gospel to each other and in front of me and my sister.

In the final moments before my mom died, my dad and sister and I were with her, just holding her hand, and as she struggled for her last breaths, a small tear formed in her eye. I don’t know what caused it, but my dad took a Kleenex and dried it, and three or four minutes later, she was gone. And all I could think about was that the next hand that touched her face … was a nail-scarred one, who wiped away her final tear. And I told my dad, “That was the last tear she’ll ever shed.”

“And Lord haste the day when my faith shall be sight//the clouds be rolled back as a scroll//the trump shall resound, and the Lord shall descend//it is well; it is well with my soul.”

“For eye has not seen, nor has ear heard, nor has even entered into the heart of man, the things that God has prepared for those who love him.”

“For the Lord himself shall descend from heaven with a shout, with the voice of the archangel, and with the trump of God: and the dead in Christ shall rise first: Then we which are alive and remain shall be caught up together with them in the clouds, to meet the Lord in the air: and so shall we ever be with the Lord. Wherefore comfort one another with these words.”

Well, in the immortal words of Al Pacino: "Just when I think I’m out… they... 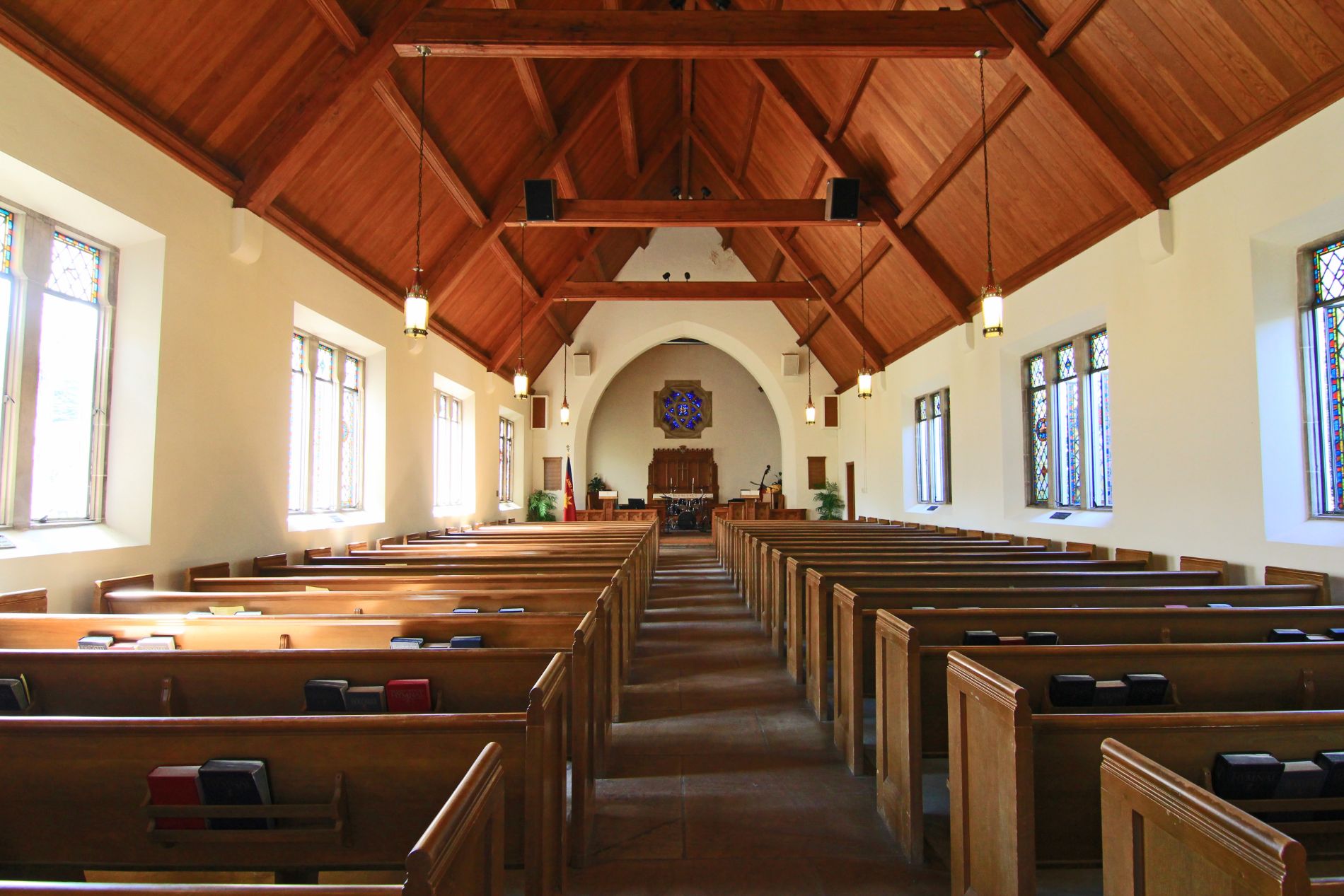 This weekend, Saddleback Church celebrated the ordination of their “first three women pastors” in what ... 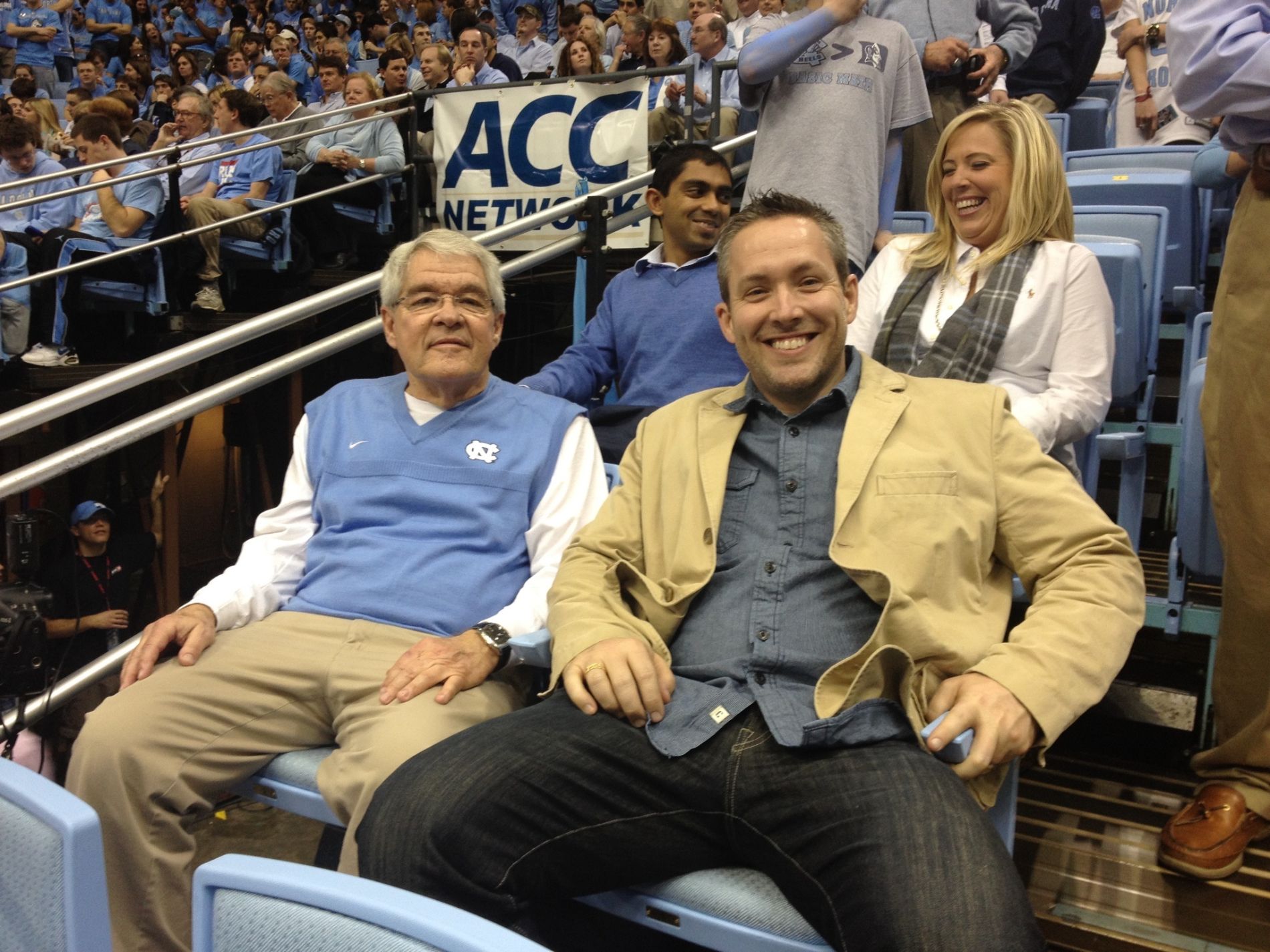 On the morning of Jan. 22, one of the Summit's heroes of the faith heard...