Maybe you’re a bibliophile like him, blasting through 100 books a year. Maybe you’re just aiming to read a bit more, trying not to get sucked into the Netflix vortex. Either way, we thought you might like to see some of the best books Pastor J.D. has read in the past year.

Note: While we like some of these books more than others (Dallas Willard!), ranking all of them became fraught almost immediately. So I’ve arranged these alphabetically by author.

Pick up a book—or two, or five—and start your summer off right! 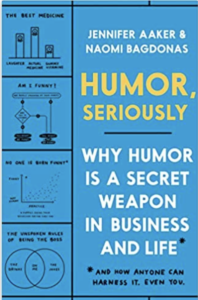 This has been a great read by a couple of corporate executives who have gotten into doing standup comedy. They talk about the nature of humor, and how it can be very effective in leadership. One of the big takeaways in this book to me is that many people think you should not use humor so that you can communicate gravitas, and they make the point that you use humor so that you communicate gravitas. I would like to say that this book has really sharpened some of my humor skills, but that feels like a standard I don’t want to have to live up to. It has made me more aware of when humor could be helpful and when it would be distracting. Also, just learning the anatomy of a joke was helpful. 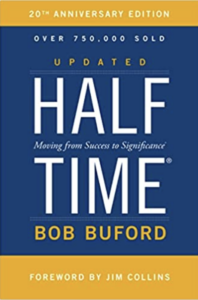 This is an incredible book to read. It’s hard for me to admit that I might be somewhere near halftime in my life because it still feels like the first quarter to me. This is a classic book written by a very accomplished entrepreneur who struggled with wondering if his life was really going to count. The subtitle says it all: “from success to significance.” It tells us how to go from the first half of our lives where we’re just trying to succeed to where we leverage the last half of our lives to do something truly significant. Wherever you are and at whatever stage, this is a good book to read. It won’t apply equally to everybody because Bob’s situation is unique, but it does provide some good questions to reflect on. There’s a reason this book is a classic. 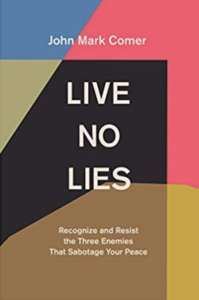 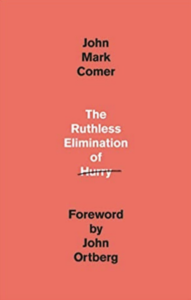 Ruthless Elimination of Hurry and Live No Lies,

I’m going to put both of these together since they’re by the same author, but I’ve really enjoyed the writing of John Mark Comer. I thought Ruthless Elimination of Hurry was the better of these as it is a game-changing book for a lot of people for a reason. It helped me think through my own life and my family and how God has designed me not just for maximum efficiency but for maximum enjoyment. Live No Lies has some incredible insight into how Satan deceives us at subterranean levels we may not even be aware of. There are things I wish John Mark would’ve said differently and some things I disagree with, but I still think you’ll find it to be an enjoyable read.

Men and Women in the Church, Kevin DeYoung 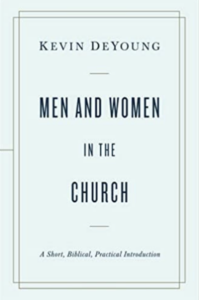 Kevin DeYoung is one of our generation’s clearest-thinking theologians. This book is an excellent and accessible consideration of how God designed men and women differently, and the unique roles they play in the home and in the church. If you’re looking for a way to get your mind around a “complementarian approach,” this is the book. It’s thorough enough to be a robust argument but accessible enough to make it easy reading for anybody. Plus, Kevin is just a great writer! 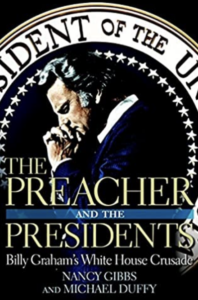 The Preacher and the Presidents: Billy Graham in the White House,

I love the writing of Nancy Gibbs and have enjoyed several of her other works on White House politics and personalities. This one was a double-whammy for me because it was also about Billy Graham. She treats Graham very fairly and acknowledges the unique contribution he’s made not only to presidents but to world politics as a whole. It gave me more admiration for Dr. Graham and a desire to see others like him raised up in the coming generation. 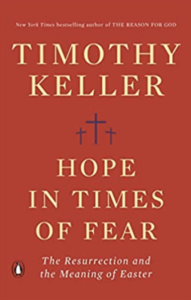 I am doggedly committed to reading everything Tim Keller writes, and this book is no exception. This is an updated version of several of Keller’s best apologetic arguments about the resurrection as well as a deeply personal reflection of the hope in life after death given Keller’s ongoing struggle with a dangerous kind of cancer. Do pray for him.

Under the Banner of Heaven, Jon Krakauer 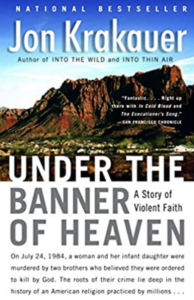 Jon Krakauer is the guy who wrote Into Thin Air, and he’s a fantastic writer. In this book, he takes a look at Mormonism with contemporary stories involving intrigue and murder, then tracks those with the birth of Mormonism in the 19th century. I’ve studied Mormonism before, but there was so much I didn’t know, and this book really made it come alive. You’ll see where a lot of today’s Mormon practices have their roots, and it’ll make you ask some serious questions about Joseph Smith. 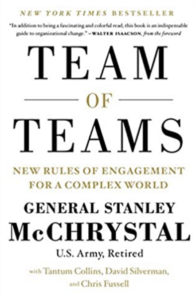 This is another great leadership book I read this year that has changed how I think about the topic. Gen. McChrystal explains that in today’s environment, it’s not one leader who masterminds an organization and gives out assignments but a leader who knows how to release other leaders to work according to common goals, giving them a lot of freedom and flexibility. He explains how the digital age has changed how people process information and how they get things done. A must-read for leaders in any realm. 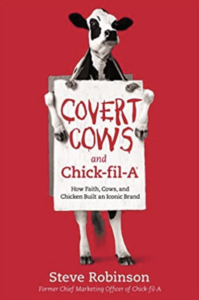 Earlier this year, I was invited to serve on the corporate board with Chick-fil-A, and as a part of getting up-to-speed on the organization, this was a book I read. It’s an incredible book, not just about branding and marketing but about leadership and creating a culture in a corporation that consistently produces extraordinary results. Regardless of where you lead, or even if you just find yourself at Chick-fil-A three or four times a week, you’ll love this inside look at one of America’s greatest companies. 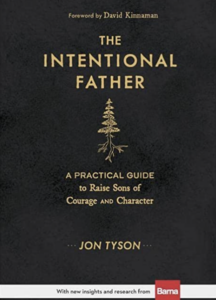 I’ve loved this book and how it’s helped me come up with a plan for being a better dad to my kids. Jon shows us how parenting is the primary place where we ought to be showing the greatest intentionality. It inspired me to think more strategically about the kind of dad I’m being. My plan won’t look exactly like Jon’s, but his inspired me to do a better job with mine. 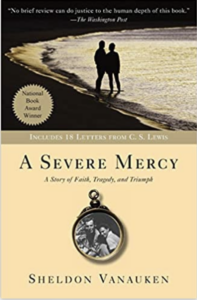 This is a book I think I might’ve read years ago but had completely forgotten about until a friend who is investigating Christianity recommended it to me. It’s beautiful writing—this is a friend of C.S. Lewis’ whom he led to Christ—and he talks about grieving the loss of his wife and how God used that to bring him to Jesus. It contains a lot of fresh, innovative reflections on how we know Christianity is true. It’s an older book and one rich with pathos and theology. 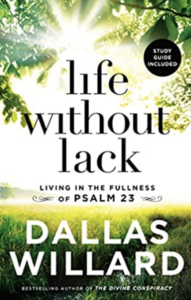 This is a book John Mark Comer recommended to me. It was written posthumously by someone on behalf of Dr. Willard based on a series of lectures that he’d given on Psalm 23 right before he died. It’s one of the most profound examinations of what it means to be at peace in the presence of God. It changed not only the way I view Psalm 23; it changed the way I view the entire Old Testament and the Christian life itself. Sorry, Andy, no chance of un-hitching myself from these texts! 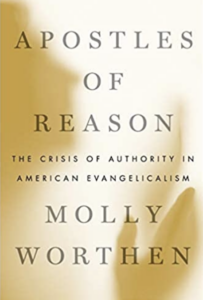 Molly has a Ph.D. from Yale and is a history professor at UNC who specializes in American religion as well as a journalist for the New York Times. Molly is an outsider to our movement, but as Al Mohler says, she understands evangelicals perhaps more than they understand themselves. I’m not quite done with this one, but it’s an incredible reflection on where the evangelical movement came from, what its challenges are, and where it might be headed in the future. Molly, though technically not one of us, is incredibly fair and really does understand us well.