Some Awesome Books on Writing

As I’ve written before, good writers are voracious readers. Most of the books writers consume should be about something other than writing, but every now and then, it’s good to read up on the craft itself. Call it professional development. Or peeking at your fellow classmate’s answer key.

Some Awesome Books on Writing

I (Chris) have the rare privilege of writing for a living. Writing isn’t all that I do (I also attend many meetings, which buoy my soul upward and fill my heart with rainbows), but writing is a lot of what I do.

As I’ve written before, good writers are voracious readers. Most of the books writers consume should be about something other than writing, but every now and then, it’s good to read up on the craft itself. Call it professional development. Or peeking at your fellow classmate’s answer key.

Of the many books on writing I’ve encountered, these are my favorite six. Whether you’re getting a paycheck through your writing or just trying to find the motivation to fill an empty page, these books can help you along.

Note: I initially tried to organize these according to my preference. But I kept re-arranging the list because I like each book for a different reason. So I ended up just following the alphabet. 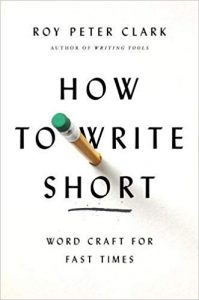 Clark has written a lot of books, most of them pretty short. And as you might expect for a book with the title “How to Write Short,” this one is pretty short, too. Clark is tons of fun, and unlike many lovers of the written word—myself included—he’s pretty optimistic about writing in the 21st century. Sure, modern technology means that we’re communicating in ways that are quicker and shorter. But that doesn’t mean the craft is dead.

Added bonus: He’s got an entire section on emoticons (yes, he still calls them “emoticons”). No other book on writing gives me any advice there.

On Writing: A Memoir of the Craft, Stephen King. 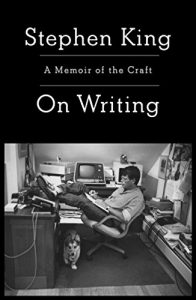 Half biography, half advice, King’s memoir is a hilarious book. His advice is aimed mostly at fiction writers, but there are some absolute gems in here. Such as, “Second draft = first draft – 10%,” or “You’re writing space really needs only one thing: a door which you are willing to shut,” or “The adverb is not your friend.”

I don’t often re-read books on writing. But I’ll be reading this one again soon.

Bird by Bird: Some Instructions on Writing and Life, Anne Lamott.

Like King’s book, Lamott’s Bird by Bird is focused on the task of creative writing—specifically writing novels. So the further along in the book you get, the more the advice focuses on that goal. But the advice at the beginning has done more to inspire me than any other book I’ve read.

Some books help you write better. Other books make you want to write better. Lamott’s falls in the latter category. She knows how to help fellow strugglers along. If you’ve written for more than—oh, say, a month—you’ll know how valuable that is.

The Sense of Style: The Thinking Person’s Guide to Writing in the 21st Century, Steven Pinker. 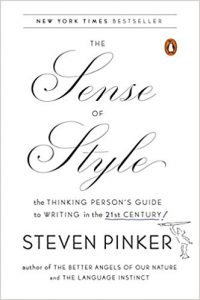 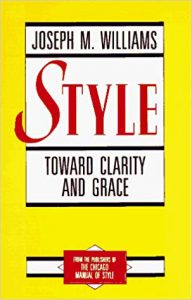 Williams can be a little tough to follow at times. Style definitely reads like a textbook, so if you’re hoping for inspiration and fun stories, this is not your book. But everyone needs a trusty textbook. For my money, I’m picking Williams over The Elements of Style (Strunk and White) or On Writing Well (William Zinsser). What sets Williams apart? It’s his emphasis on the experience of the reader.

If you’re already a decent writer and thinker, Williams can take you to the next level. Nearly 95 percent of what I do when I edit comes from ingraining Williams’ advice. (I’ve read this book three times.) 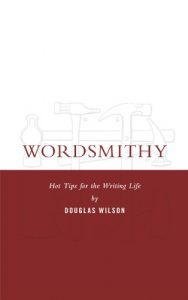 This probably isn’t the best book on writing. It’s certainly not comprehensive. But for new writers, it’s the book I recommend most often. It’s short, it’s punchy, and it’s full of advice that ranges from the obvious to the profound to the downright bizarre.

I hardly ever read a book with which I agree 100 percent; with Wordsmithy, I find myself arguing with Wilson in nearly every chapter. But whether you end up agreeing with him or writing him off as a touch too over the top, you won’t be able to read Wilson without forming some strong opinions. And, hopefully, writing more as a result.

If you think I missed something, let me know! Like every other writer out there, I’m always looking for more help.

J.D. Greear is the pastor of The Summit Church in Raleigh-Durham, NC and author of several books including Gaining by Losing: Why the Future Belongs to Churches That Send.